So my toddler and I recently went to McDonald’s because who can really resist their fries. I went to pay for our meal in the drive-thru and there was a sign there that I hadn’t noticed before. I really wasn’t familiar with it at all. Let’s stop there for a second.

How many of my busy moms really pay attention to the things that we are feeding our kids and said signs that may be posted outside the very place you are getting said food? I mean really stand there in the store and google the ingredients before purchasing. I encourage you to do so ASAP! Do this not just for your little one but for you too.

Okay, and we are back. So I see this a term acrylamide along with the general Proposition 65, a California law that requires a warning on anything containing lead or other hazardous substances found to cause cancer, birth defects, or other reproductive harm. I say to myself, Self, what is this new term because I have never noticed it before when seeing the prop 65 notice. I googled it right then there in the Mickey D’s drive-thru and found similar findings as to the article excerpt below by Maria Godoy from The Salt What’s on your plate blog.

Of course, we shouldn’t eat tons of unhealthy foods but should they really give us cancer for eating in moderation. I am tired of blindly eating things that I have no clue whats really in it. Our kids were given to us so that we can properly guide them. That takes a little more research on our end. I know it changed a lot for me. I hope it inspires you guys to take the extra few seconds to google the ingredients that we put in our body.

Back in 2002, french fry lovers around the world received a nasty bit of news: Those crunchy, fried strips of potato contained a known carcinogen. Now, all these years later, a new warning from the Food and Drug Administration has consumers once again puzzling over whether to fear the chemical acrylamide.

Acrylamide was known to cause cancer in lab animals when ingested at high doses. So when researchers announced a decade ago that they had also discovered it in many commonly eaten foods — including French fries, potato chips, bread and even coffee — consumers were understandably worried that their snack chips might do them in.

The news set off a bit of a panic and even some lawsuits. A panel convened by the World Health Organization concluded that acrylamide in food was indeed a major concern, and the FDA issued an action plan.

Fast forward to last week, when the FDA issued its first draft guidance for industry on how to minimize acrylamide in food products. At the same time, the agency also offered consumers tips on how to reduce their intake at home — such as frying food less often or toasting bread to light, rather than dark, brown.

But here’s the real head scratcher: In the years since that first scare, researchers have studied acrylamide in humans, and they haven’t confirmed those initial cancer concerns. So why is the FDA acting now? 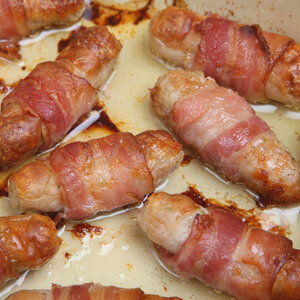 “I’m not really sure why they issued this now,” says Kathryn Wilson, an epidemiologist at Harvard’s School of Public Health who studies the link between diet and cancer.

“Certainly the human evidence on acrylamide doesn’t suggest that it should be a priority in terms of our diets at this point,” she tells The Salt. An FDA spokeswoman tells The Salt that the new draft guidelines have been in the works since 2010.

Acrylamide, it turns out, turns up in foods (mostly plant-based ones) when they are fried, baked or otherwise cooked at high temperatures. It forms from sugars and an amino acid naturally found in food, as part of the Maillard Reaction (that’s the chemical reaction that transforms the flavor and color of food when cooked). In other words, it has been in our foods probably for as long as we’ve been cooking, but we didn’t know it until a little over a decade ago. (Acrylamide, by the way, is also a known neurotoxin in humans, but the WHO says the levels found in food don’t pose a concern on that front.)

Of course, cancer epidemiology is one of the toughest areas of research — it’s notoriously hard to show cause and effect.

But most of the human studies published so far have failed to find any links between dietary acrylamide and various types of cancers.

“We found a suggestion that it might increase ovarian and endometrial cancer, but we found nothing for breast and nothing for prostate,” Wilson says.

Most of these studies are based on what people report about their diets. Wilson says only a few have taken a more rigorous approach: measuring blood levels of acrylamide and then looking for a connection to cancer. Two studies that did this found no link to prostate or ovarian cancer.

Wilson says the one study that did find a connection between blood levels of acrylamide and breast cancer was flawed because it didn’t control for smoking — which is probably one of the main routes of acrylamide exposure for smokers, according to the American Cancer Society. But, she says, there’s a need for more of these blood-based research studies to investigate acrylamide in food.

Still, even though the human research hasn’t pinpointed much of a cancer risk from eating acrylamide, the National Toxicology Program lists it as “reasonably anticipated to be a human carcinogen,” because of those animal studies.

If you’re still worried, the FDA and other public health groups say the best defense is to follow the general advice on healthful eating, including going easy on fried and fatty foods.

And as for french fries? As Wilson notes: “You probably shouldn’t be eating them for a lot of other reasons than acrylamide content.”